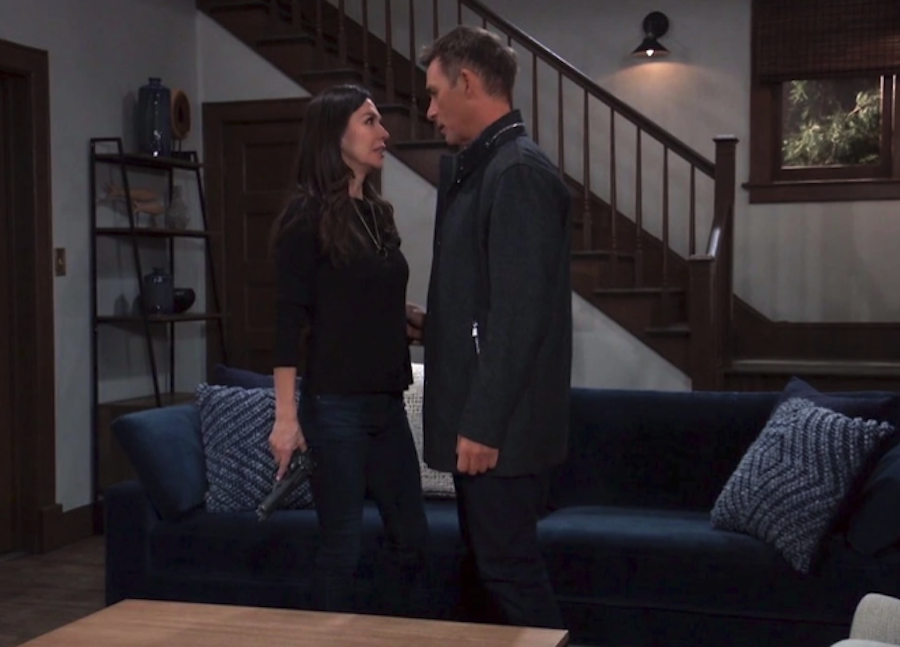 General Hospital spoilers say that she’s not going anywhere, anytime soon. Finola Hughes recently cleared up some rumors about her status on the show. Here’s what you need to know.

Some fans couldn’t help but wonder what happened to Finola after they hadn’t seen Anna on the canvas for a long time. Realizing that her fans have been asking about her, Finola took to her Twitter account to write, “I am absolutely not on a scheduled break at all. Just to be clear since COVID 2020, I have had no scheduled breaks as it is imperative to be available in case there are changes at work. I had one week off this September.”

In other words, she’s just taking a much needed break! Which is a good thing because Finola certainly deserves it! But then again, we can see why fans sure do miss seeing Anna on the canvas.

Back in October, Finola also opened up about her character Anna’s red hot smoking romance with Valentin. According to Soap Opera Digest, she said that if it were up to her, Anna and Valentin would have been getting it on a long time ago. The actress put it this way, “I met the writer [of that script] and she said she is a huge fan of Alfred Hitchcock, and so it was sort of a perfect storm to write these scenes and it really was a great double feature for Anna and Valentin to go and watch. It was good! At the end, I allowed Anna to look at Valentin as though she wasn’t 100 percent sure about [how truthful he was being].”

She also added, “I’m hoping the Valentin and Anna relationship all starts to kick into high gear. And I’ve got my fingers crossed for a ton of banter to come our way!”

General Hospital Spoilers: Rumor Has It That Steve Burton Is…

Days of Our Lives Star Brandon Barash Gets Married!