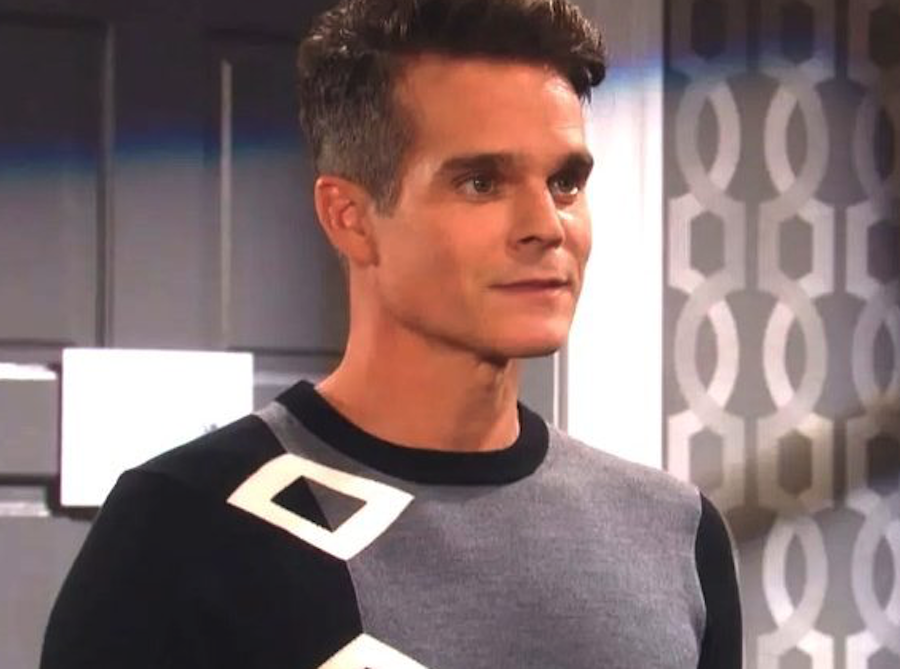 Days of Our Lives spoilers say that if this all sounds a little too familiar for some DOOL fans, that’s because it is. According to the latest edition of Soap Opera Digest, Chad and Jada are searching for evidence connected to Abigail’s murder and before they know it, they discover Leo’s hideaway at the same time that Shawn is trying to get a confession out of him at the police station. Keep reading below for all of the spoilers you need to know.

Speaking to the publication in a new interview, Greg Rikaart, who plays Leo on the hit CBS soap, admits that his character is definitely scared. He said, “he thinks that things look bad for him because there is, in fact, evidence against him. It’s not evidence that he committed murder, but it’s certainly evidence that puts him at the scene of the crime.”

That said, Leo still won’t fess up to the crime and calls in a lawyer, Sloan, for reinforcement. Greg continued, “Leo for sure feels bullish after his initial meeting with Sloan. She’s regarded as being a hotshot lawyer, and Leo believes in her. He feels like she’s his ticket out of this mess.”

However, Days of Our Lives spoilers say that Shawn and Jada will reach out to Rafe in the hopes that they can get Leo arrested. Greg says, “He’s feeling more self-preservation. Again, Leo is guilty of a crime here, but it is not murder. I think no matter what he is going to stand by that, because it’s his truth. He’s not willing to go to jail for a crime that someone else committed.”

In other words, it might still be some time until fans truly get to learn how Abigail’s murderer was. Do you think it was Leo? Do you think he is telling the truth or is he simply hiding the evidence? Watch this space.

General Hospital News: Kelly Thiebaud Opens Up About Her…

Bernice Emanuel Oct 11, 2022
The Young and The Restless

The Young and the Restless Spoilers: Ashland’s Love…

Bernice Emanuel Dec 16, 2022
The Bold and The Beautiful

The Bold and the Beautiful Spoilers: Is Quinn Pregnant?

Bernice Emanuel Jul 5, 2022
The Bold and The Beautiful

The Bold and the Beautiful Spoilers: The Forrester vs. Logan…