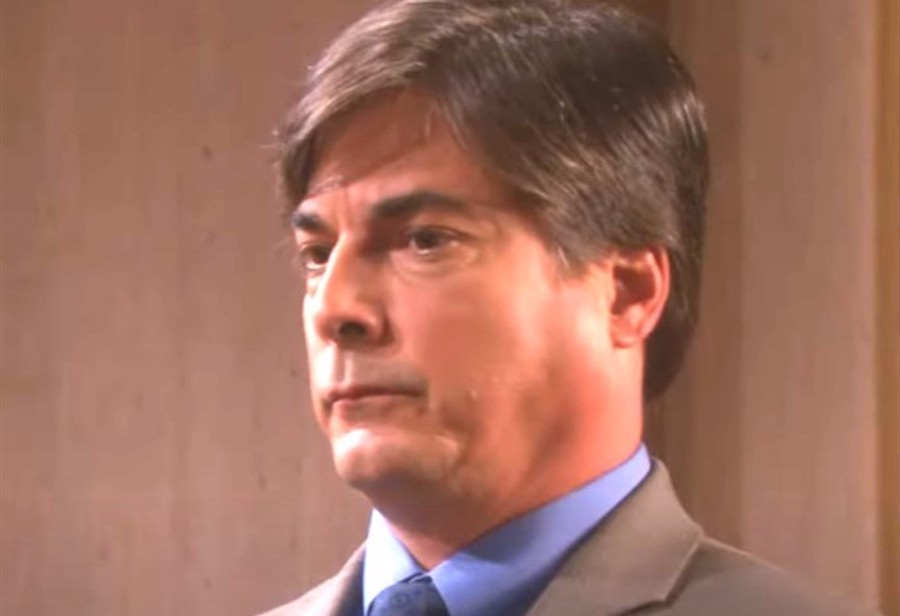 Days of Our Lives spoilers say that this hasn’t been Lucas’ day, his week, his month or even his year for that matter. But does that surprise anyone? Lucas has opted to plead guilty in kidnapping Sami and is now prepared to go to Statesville for his crime. Keep reading below for all of the spoilers you need to know.

According to Soap Opera Digest, Kate is absolutely devastated when she finds out that Lucas is turning himself in. Actor Bryan R. Datillo, who plays Lucas on the hit NBC soap, puts it this way, “I played those scenes like it was time for the two of them to change their dynamic as mother and son, like maybe Lucas officially graduates. He’s going to take the fall. It’s a very big decision to put yourself in jail, and it kind of shapes Lucas in a way.”

Days of Our Lives spoilers say that Lucas tries to explain his decision behind what he is about to do. Thankfully, Kate ultimately comes around “once she sees the sincerity in his eyes and that he’s not really panicking about it or looking for a way out,” says Bryan.

The actor continues, “It’s more like acceptance. Kate realizes that it’s the right thing to do and that Lucas is ready to end it the right way.”

Days of Our Lives Spoilers: What’s Next For Lucas?

Days of Our Lives spoilers also tease that Kate tells Roman the news about Lucas going to prison. Bryan explains, “I think it’s going to project Lucas in a different way after this. There’s the before kidnapping Sami Lucas and then there’s the after kidnapping Sami Lucas that comes out of this. It’s a chance for a rebirth for Lucas and to identify himself once again.”

Watch this space as we have a feeling that things aren’t over for Bryan just yet. Of course, fans will have to tune in to find out what will happen next! In the meantime, let us know what you think by leaving us a line with your thoughts in our comments section below. Days of Our Lives airs weekdays on the NBC network. Check your local listings for times.