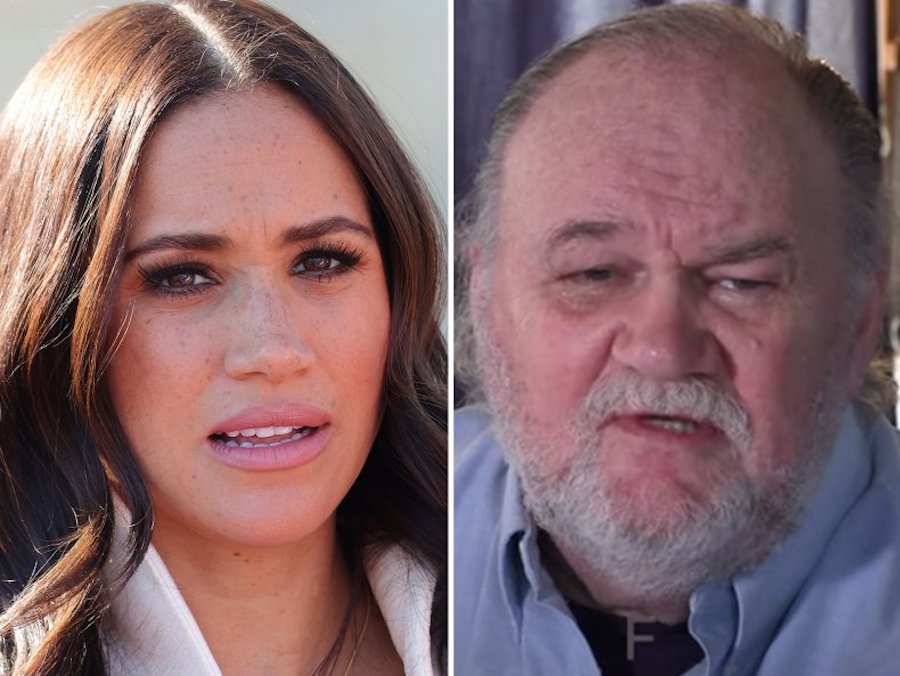 British Royal News says that he’s still pretty bitter about everything that had happened, even though several years have already passed. There’s a new report that says Thomas Markle was left hurt by a pretty big blow from Harry and Meghan ahead of their wedding back in 2018. Here’s what you need to know.

According to royal biographer Tom Bower, he says that Thomas Markle was left hurt by the way that he was portrayed by the media ahead of the royal wedding. “Thomas Markle had become upset by the portrayal of him online and in newspapers across the world as a scruffy, obese, alcoholic hermit,” he said.

What’s more, it seems like Thomas had plans to pay tribute to his daughter Meghan and her new husband at the wedding, but was told that it wouldn’t be possible for him to do so.

Bower said, “In a rare telephone call, Thomas told Harry he wanted to make a short speech at the wedding reception. Shortly after this, Meghan called to say this was not possible.”

Thomas Markle reportedly told the author, “That hurt – that was the worst blow.”

British Royal News: Harry And Meghan Refuse To Say Anything

That said, Thomas is yet to meet Prince Harry or set eyes on his two grandchildren, Archie and Lilibet. Thomas has not spoken to Meghan since 2018 even though he lives on a few hours’ drive from the Duke and Duchess of Sussex’s million-dollar mansion in Montecito. Both Harry and Meghan were also quite upset when they found out – along with the rest of the world – that Thomas was working with the paparazzi to stage photos of himself getting ready for the royal wedding. It turned out that Thomas was also getting paid for the fake photos as well, which didn’t go over very well with Harry and Meghan back in London.

So far neither Prince Harry nor Meghan Markle have made any comments about the claims that have been made, although at this point it’s doubtful that anything will be said.

Bernice Emanuel Feb 16, 2022
The Young and The Restless