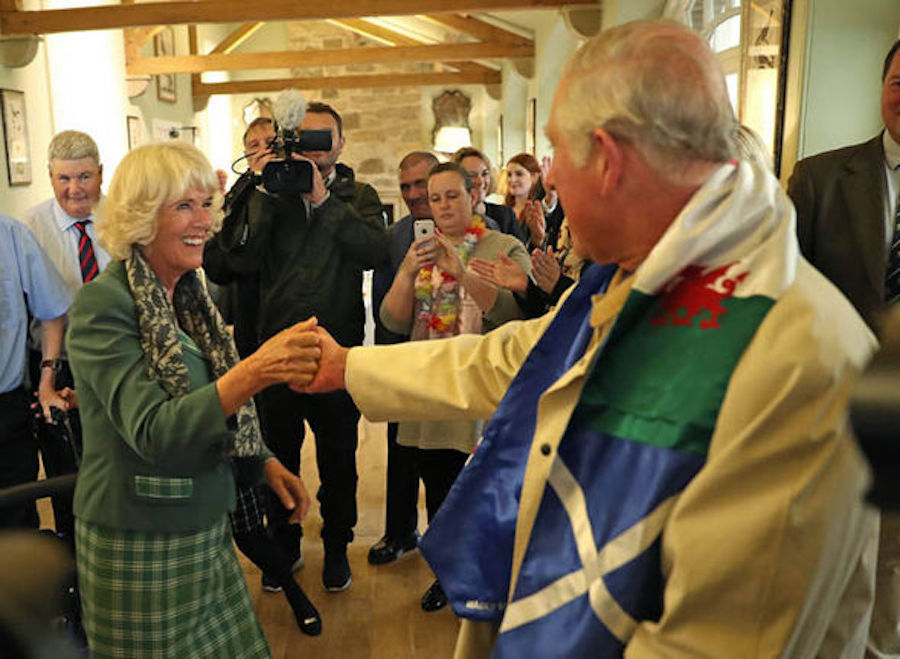 British Royal News says that this is definitely an idea that we haven’t heard of before. But will it happen, no one knows. There’s a new report that suggests Prince Charles and Camilla Parker Bowles want to host an episode of Strictly Come Dancing at Buckingham Palace. The show is the equivalent to Dancing With The Stars in the states. Here’s what you need to know.

According to new reports, Charles and Camilla are such huge fans of the dancing competition show that they apparently want front row seats under their very own roof. In fact, one source close to the situation suggests that Camilla herself has brought up the idea with producers of the BBC show as she believes that it would be a “wonderful spectacle.”

One insider close to the situation told The Sun, “Charles and Camilla are very much driving this and the BBC couldn’t quite believe what was being offered. Strictly at Buckingham Palace is just TV dreamland. It should be a wonderful spectacle.”

If that weren’t enough, it’s also been suggested that Charles and Camilla could even perform their very own dance during a stand-alone episode at the palace, too. This really shouldn’t come as a surprise to fans who know that the royal couple have shown off their fancy footwork in public several times in the past.

As many royal fans probably already know, Camilla is a huge fan of dancing herself. Now, whether or not the episode will happen, remains to be seen but that certainly won’t stop fans from crossing their fingers in the hopes that it happens! So far Buckingham Palace has not made any comments about the matter.

The Bold and the Beautiful Spoilers: Thomas’ New Love Interest Will Be Katie Logan?

Bernice Emanuel Jan 16, 2022
The Young and The Restless

Cheryl Preston Oct 15, 2021
The Young and The Restless