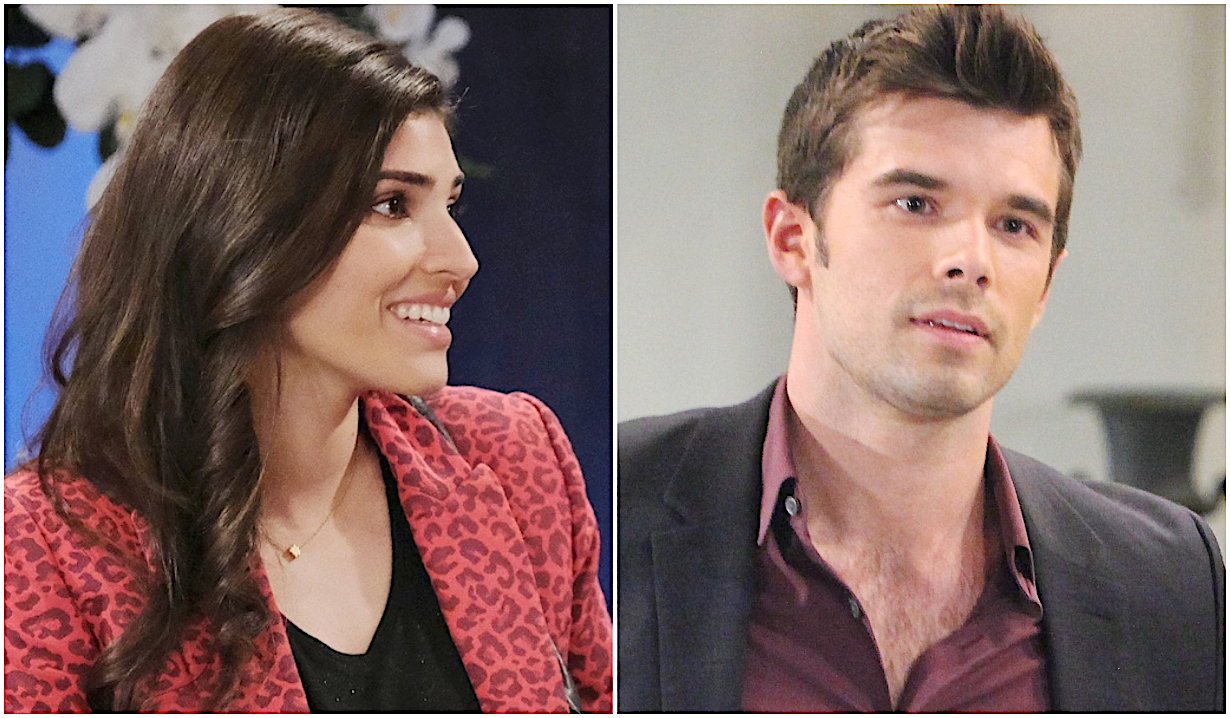 General Hospital spoilers say that she’s fun, she’s beautiful, and she’s intelligent, but it seems like Harrison Chase (Josh Swickard) is having mixed emotions about Brook Lynn Quartermaine (Amanda Setton) after a kiss that they shared together. That’s because soon after they share their smooch, Brook Lynn heads off to Bensonhurst. Keep reading below for all of the spoilers you need to know.

Speaking to Soap Opera Digest, Josh Swickard, who plays Chase on the hit ABC soap, says that while his character waited a long time to have that kiss with Brook Lynn, things are still rather new between them, and that’s why Chase is having so many different feelings.  He puts it this way to the publication, “They almost fell into it, but at the same time, in my mind, both of them wanted it, to some degree. Chase very much wanted it to happen. But he didn’t get the reaction that he probably dreamt of. So it’s, ‘Oh this is great! Oh, is it great? Oh, no! Why is it not great?” it’s definitely not what he expected; it didn’t go as planned. But when things go as planned on a soap opera, something’s wrong.”

General Hospital spoilers say that Chase will open up to Finn about the kiss, with his brother encouraging him to go for it, as they say. Or at least, go for it when Brook Lynn comes back, whenever that will be.

Josh continued, “Chase can definitely second guess his feelings, so hearing that for his brother gives him some clarity. Now, we’ll have to wait and see how their first meeting after that first kiss goes. But hopefully, Chase and Brook Lynn can get to a good place.”

Of course, it will be interesting to see if Brook Lynn still feels the same way about Chase when she gets back to Port Charles as well. Needless to say, fans will have to tune in to find out what will happen next! Let us know what you think in your comments section below. Also, don’t forget that General Hospital airs weekdays on the ABC network. Check your local listings for times.

The Young and the Restless Spoilers: Victor Admits He Needs Adam And Nick’s Help

The Bold and the Beautiful Spoilers: Carter And Paris Hit The Sheets

Days of Our Lives Spoilers: Allie Takes Matters Into Her Own…