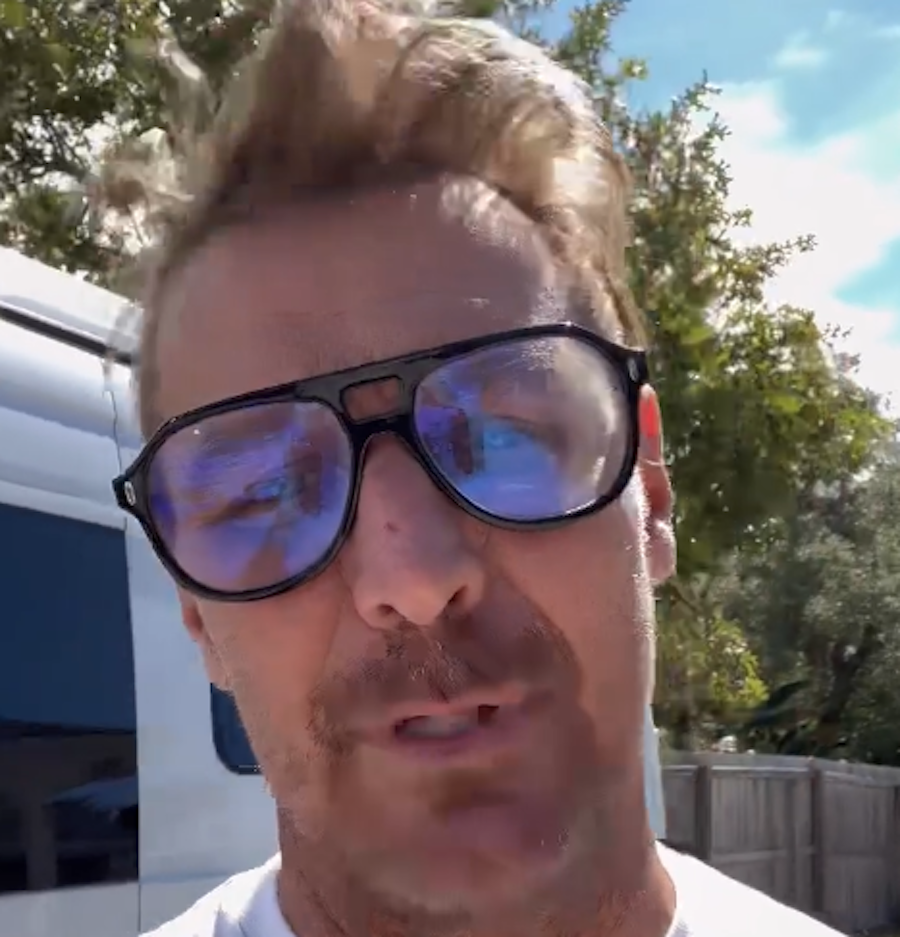 General Hospital fans have nothing to worry about. That’s because alum Ingo Rademacher, who was best known for his role as Jasper Jacks on the hit ABC soap, has been marked safe from Hurricane Ian. Here’s what you need to know.

Ingo took to his Instagram Story to tell his fans, “A lot of people have been reaching out to us and have asked if we are hunkered down. Obviously, you can see we are not. We are really far from Fort Myers, about a seven hour drive from where the storm is supposed to hit. Thoughts and prayers go down to all of the people down there. This is a serious storm, I hope we don’t lose anyone.”

As of press time, more that two million people have lost power in Florida, while some are trapped in their flooded homes. President Joe Biden on Thursday declared a major disaster in Florida over the devastation caused by Ian.

Back in August, Ingo revealed that his family was moving from California to Florida in the hopes that he could find some work on the East Coast. Sharing a photo of him with his daughter Iwa, Ingo captioned it with, “The last 8 month or so have been filled with a lot of decision making. One was to move since not working on GH anymore. For a lot of reason but mainly quality of life. Colorado Springs was high on the list and of course Hawaii our place there, but that is just not near a swim team which excludes it with 2 kids who are making Junior Olympics cuts. I will try my luck a little further east closer to Nashville and Atlanta for work. But for now we are just settling into our new life in Panama City Beach Florida.”

Of course, it didn’t take long at all for both his fans and his followers to comment on his post. Many of them wrote, “Happy for you but wish Colorado Springs would have been your choice! Colorado has a lot to offer with the Olympic training center and snow for skiing! Maybe in time you will come this way again!!” along with, “I really miss you on GH!! Love seeing your pictures and your adventures. If you get something in Nashville that is close to me, I am in Memphis. I met you 2 years ago at Graceland and that was the best experience. You are so nice, funny and great to your fans. Disney and ABC really did you wrong concerning the vaccines. I 100% support your decision not to get it. Best of luck!!”

Another fan wrote, “It’s a shame that just because you wouldn’t get the shot you lost you job ..I don’t see how anyone can make us put something in our body … hope good things come your way!!!”

That said, we hope that Ingo and his family enjoy their new lifestyle in Florida! Let us know what you think by leaving us a line with your thoughts in our comments section below. General Hospital airs weekdays on the ABC network. Check your local listings for times.

General Hospital Spoilers: As Jordan Ices Sonny Out of the Hook Investigation, Laura Welcomes His Help

The Bold and the Beautiful Spoilers: Naomi Matsuda Wants To…

Days of Our Lives Spoilers: Chloe Gets Dumped By Brady

General Hospital Poll: Should Spencer And Trina Be Together…

Days of Our Lives Alum Robert Clary Dies At Age 96