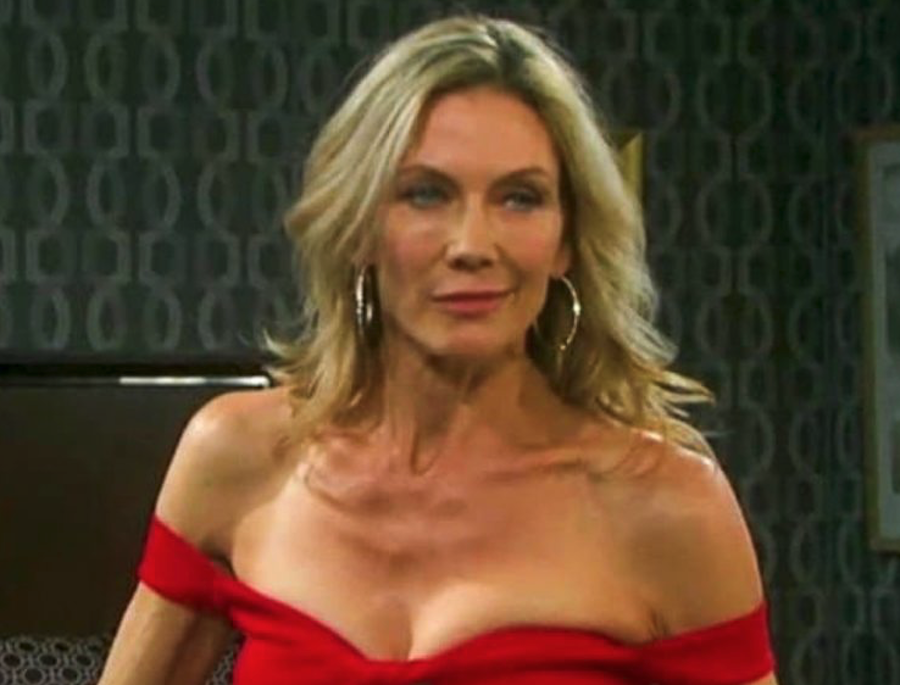 Days of Our Live star Stacy Haiduk certainly has a reason to hold her head up high and especially for all of the work she’s put in on the hit NBC soap. Yet, she recently admitted that she only submitted her work as Kristen DiMera for her reel for the Outstanding Supporting Actress in a Drama Series category for this year’s 49th Annual Daytime Emmys. Here’s what she has to say.

Speaking to TV Insider in a new interview, the multi-talented actress said that she’s betting heavily this year on her work as Kristen. Stacy said, “This year, I only put scenes with Kristen on. They’re the scenes with Eric [Martsolf, Brady] that took place in the interrogation room at the Salem Police Department. The scenes told our whole story from beginning up to where Kristen talked about the bad things she had done, how she didn’t mean to, how it was an accident, and how she wanted to get through it.”

She added, “Brady said he couldn’t love her anymore. I remember really liking those scenes. I like to see a character going after something. Those scenes showed Kristen’s love and passion for Brady and their daughter. For him not to want to work it out? They were all over the place. I loved those scenes. Love. Anger. Pleading. I think Eric used the same scenes in his reel.”

Days Of Our Lives Star Stacy Haiduk Is Betting On Kristen

Stacy also added that Kristen would do just about anything to save her family. She continued, “She’s got one man only on her mind. It was the same for Eileen [Davidson when she played the part]. It was John [Drake Hogestyn] and then, Brady. For me, it’s only been Brady. You can’t say that she has eyes for anyone else. She’s a one-man woman. She wants what she wants and is going to go after it with everything she has. It’s not about wanting to punish him. She wouldn’t do that. Now that they have a child together. There’s something quite beautiful in that. That’s all she wants.”

The Bold and the Beautiful Spoilers: Sheila Wants Her Second Chance With Her Son Finn

The Bold and the Beautiful Spoilers: Sheila Wants To Kill…