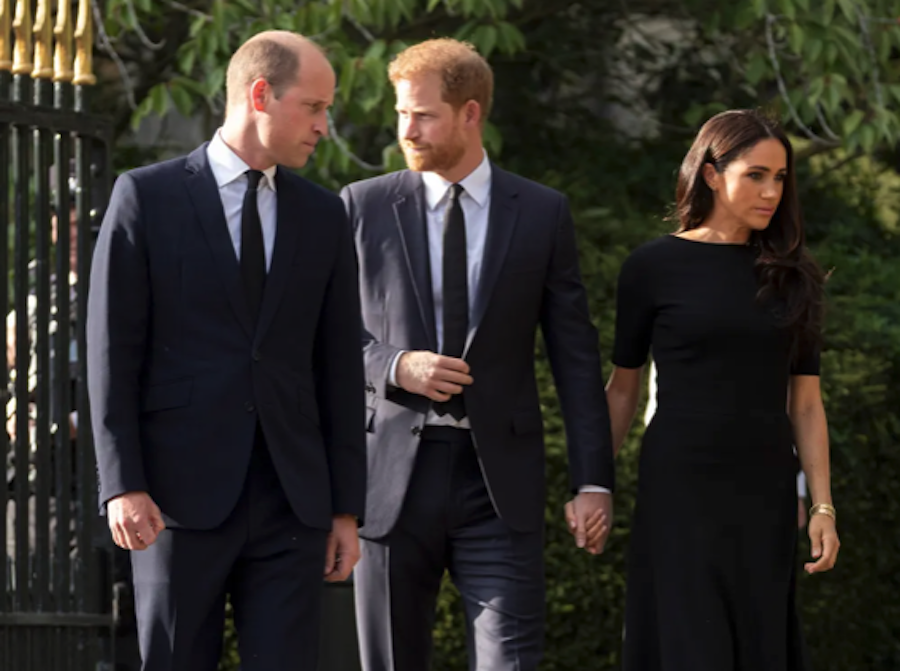 British Royal News says that this really shouldn’t surprise anyone, but apparently there’s no warmth or no love between the Prince and Princess of Wales and the Duke and Duchess of Sussex at the moment. While a lot of people had hoped that Queen Elizabeth’s funeral would have at least melted some of that ice between William and Harry, that didn’t happen. Instead, the funeral might have just made things worse. Here’s what you need to know.

According to Page Six, royal expert Katie Nicholl says that both William and Harry missed their opportunity to make things right – in front of millions of people, no less – at the queen’s funeral. Apparently, William is waiting for an apology from his young brother and well, so is Harry.

“When you look closely back on it there’s no real warmth there,” Nicholl said. “There’s no real coming together, it’s very clear the ‘Fab Four’ are not fab anymore, they were going through the motions. I’ve had it on very good sources that there was no meeting done privately and so yes [there was] a missed opportunity but reflective of how intensely both brothers feel about things.”

Nicholl also added that everyone is waiting for Harry to make the first move, William could also make a little effort into fixing things with his little brother, too.

“William can be very stubborn and hold a grudge,” she says. “Harry is emotional and hotheaded and they’re both very passionate and there’s a lack of understanding on both parts and resentment on both parts and anger on both parts, that hasn’t been able to be placated and worked through.”

So far Buckingham Palace has not made any comment about the matter but at this point, it’s doubtful anything will be said. Both Harry and Meghan Markle are not back in California after having spent the last week in the UK. We will update you with all of the latest details about the royals as they come in.

The Young and the Restless Comings and Goings: What’s Going On With Mishael Morgan’s Status On The Show?

Elizabeth Rose Sep 1, 2022
The Young and The Restless