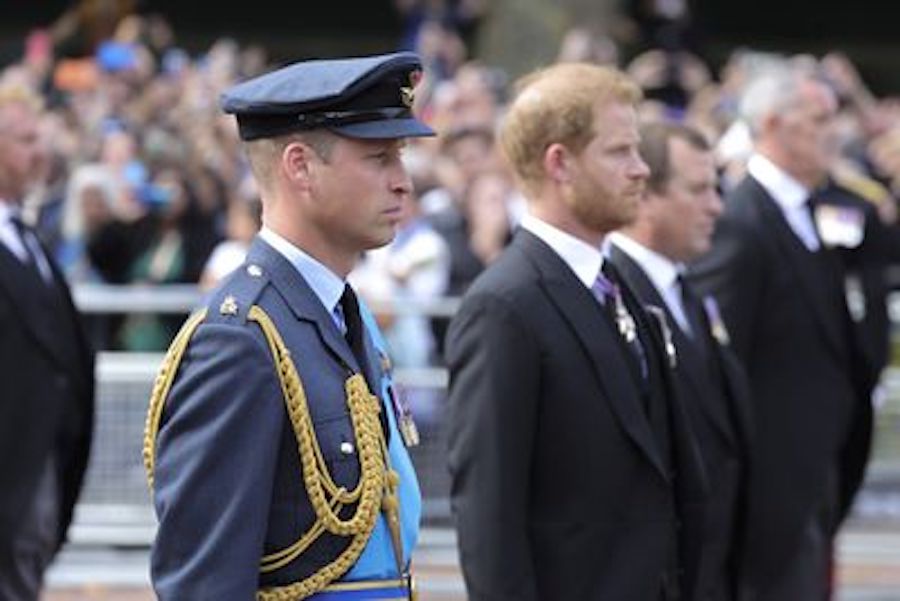 British Royal News says that if it hasn’t already happened, it might not happen at all at this point. There’s a new report that says Queen Elizabeth’s death was a missed opportunity for Prince William and Prince Harry to finally make peace between themselves. Here’s what you need to know.

Katie Nicholl, who wrote the book, “The New Royals,” says that it’s a shame that William and Harry didn’t try to rebuild the bridge that was once between them. She said, “I think it’s very sad [that] in the days Harry was here, there was an opportunity given they were just a couple of hundred yards away from each other for a meeting or dinner or gathering of some sort where they could actually just try to thrash things out.”

Nicholl also stated the obvious and said that the distance between the Waleses and the Sussexes was more than just an ocean apart.

“When you look closely back on it there’s no real warmth there,” Nicholl opines. “There’s no real coming together, it’s very clear the ‘Fab Four’ are not fab anymore, they were going through the motions. I’ve had it on very good sources that there was no meeting done privately and so yes [there was] a missed opportunity but reflective of how intensely both brothers feel about things.”

British Royal News: What’s Next For The Royals?

That said, Nicholls did say that this wasn’t all Prince Harry’s fault. She believes that the new Prince of Wales could have made more of an effort to reach out to Harry to sort of their issues.

“William can be very stubborn and hold a grudge,” she says. “Harry is emotional and hotheaded and they’re both very passionate and there’s a lack of understanding on both parts and resentment on both parts and anger on both parts, that hasn’t been able to be placated and worked through.”

So far Buckingham Palace has not made any comments about the matter but at this point, it’s doubtful that anything will be said.

The Bold and the Beautiful Spoilers: Does Douglas Forrester…